Home > Who we are > Ambassadors > Stephanie Alexander 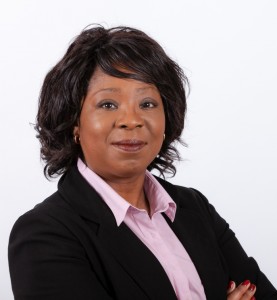 Stephanie joined Norman Broadbent in March 2003 having spent 18 years with the NatWest/Royal Bank of Scotland Group. She undertook a variety of roles there, gaining a range of experience which focused on customer service and team management and which culminated in a PA role to the Managing Director of the Media & Technology team. Her experience and training has stood her in good stead with her current role as Office and HR Manager for Norman Broadbent and her responsibilities on the KidsOut Toy Box Ball Committee.

She initially became involved in KidsOut by accident in 2009 and since then has been an active supporter of the charity. Following her appointment as an Ambassador, she joined over 2,500 kids one year at the Rotary KidsOut National Day Out to Thorpe Park, where she was deeply touched by how much of an impact the day had on the kids who attended.

“Having experienced a fun day out, packed toy boxes and visited a refuge, it would be incredibly difficult not to support the great work that KidsOut does for both the kids and their mums.  In my opinion, there isn’t a more worthwhile cause to devote my time to.”