Home > Who we are > Ambassadors > Neil Smith 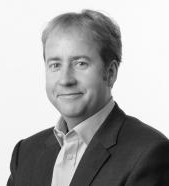 Neil is aged 47 and lives in the East Midlands. He has worked in the information and technology industry for 30 years and is now a director of, investor in and advisor to a number of companies.

In addition to his role as a UK Ambassador, Neil is on the London Question Of Sport fundraising committee and is passionate about improving the lives and outlook of children who are born into disadvantaged circumstances.

Neil initially became involved in KidsOut when his company took a table at the London Question of Sport event. He was sufficiently impressed by the charity and its aims to join the fundraising committee for the event and subsequently took the role of Chairman.

Neil is married with two young children and in his spare time he is an enthusiastic amateur racing driver and pilot.