Home > Who we are > Ambassadors > David Palmer 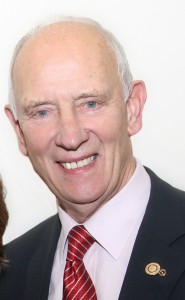 David spent most of his working life in the motor industry until, in 1999, taking a position as Compliance Officer with a Finance and Mortgage Company.  Retiring in 2009 he has concentrated on Rotary, Charity, travel and sport, roughly in that order!  He was District Governor of Rotary in London 2014 / 2015.

1993 – 1998  A School Governor at a school catering for children with learning difficulties and special needs.

2008  Appointed a Freeman of The City of London

He will take part in almost any sport, often with more enthusiasm than ability!