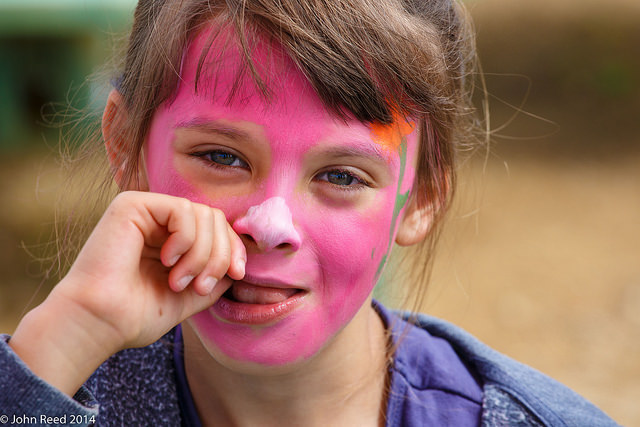 Basically my parents split up and we came to live in a refuge. At the refuge there was a children and family worker who was involved with KidsOut and they would sponsor different activities during the holidays.

When you’re living in refuge you don’t get the opportunity to go to London and do lots of attractions because you don’t really have the money or anything like that and you’re in a very hard place. Then when they give you tickets like that and sponsor you, it feels nice because you know someone is there and they just want you to be happy.

It was quite hard to come to the refuge because you don’t know the people and at any time anything can happen and you have to be careful not to give out your address or your whereabouts. You always have to be on your guard, you’re always paranoid about stuff happening. There were lots of different emotions. For example, some of the other children were annoying and some were nice. The problem was you couldn’t pick and choose, you had to stay with who there is because you can’t really change who lives there, you just have to put up with it, even if they’re mean.

I’ve moved to my house now and you get a lot more freedom.  You’re not stuck in one room and you can do many more things. I’m still very paranoid about things, like if my dad finds me or stuff like that. It’s also hard because in refuge you were almost guaranteed safety, whereas in your house it’s on your own terms. You’re the one that has to deal with everything; you don’t get daily support like you did in refuge.

I think KidsOut’s Toy Box service is nice because if you’re in such a hard situation parents don’t exactly look to buy new toys, you have to first of all get the necessities. And KidsOut, they think children are very important, so their happiness is the first thing they look for. I think it’s nice they give out toys and stuff. A child can still be happy even though they’re in a bad situation because they have a distraction.

It felt really nice to know that someone thinks about you, and even if they don’t know you personally, they still think about you in a way and they show their support.

*Note: Names and pictures are changed to protect identities.