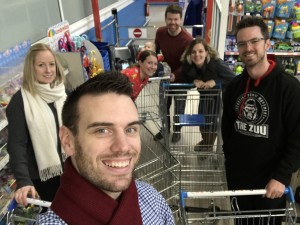 Over £2,000s’ worth of toys have been purchased at Toys “R” Us Solihull in aid of the Giving Tree initiative, all thanks to KidsOut Trustee Chris Adcock.

Chris has been collecting cash donations from his family and friends along with staff from Reed Technology, including a particularly large donation from Movement Hub Personal Training, led by Simon Durman.

On Sunday 18th December, the Toys “R” Us store opened an hour early to allow the six volunteers to empty their shelves, with staff helping the team on their way around. The team was made up of Chris and his wife Kate Adcock and their friends Simon and Haley Durman, and Gemma and Simon Bialogrodski.

The £2,000 budget enabled six shopping trolleys to be filled with over 300 toys. The team also had donations of 50 toys from two schools; St Johns Church of England and Parkfield Community School.

KidsOut would like to extend a huge thank you to Chris for collecting an amazing £2,000 in donations and leading the team to collect 350 toys for disadvantaged children, including those who have escaped domestic abuse. 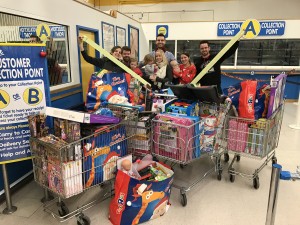 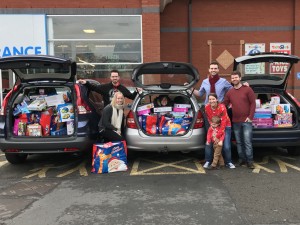