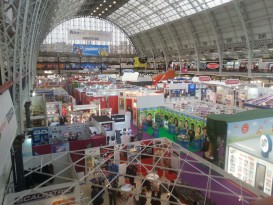 “We are so pleased with the day’s events,” said Helen Pitcher, Chairman of Trustees for KidsOut. “The generosity of exhibitors mixed with the enthusiasm of volunteers made the day a true success for KidsOut.”

On the 26th of January, over 60 volunteers joined KidsOut staff at the British Toy and Hobby Association’s Toy Fair 2016 for its famed Trolley Dash 2016.

KidsOut’s first year at the event, the Trolley Dash saw participants pass through the Toy Fair aisles collecting donations from exhibitors. Taking place in the fair’s last half hour, the Trolley Dash is an annual tradition developed to pass on extra stock and displays to disadvantaged children. “The Trolley Dash is always a fun way to mark the end of Toy Fair for another year and it’s a fantastic opportunity for our exhibitors to support a worthy cause,” said Majen Immink, Head of Toy Fair Operations and Sales. “We’re delighted to welcome Kids Out as our official charity partner for Toy Fair 2016.”

Toys and furniture donated in the Trolley Dash will go to local refuges and the KidsOut Toy Box service, which supports children who are victims of domestic abuse. Thousands of children escape domestic violence every year for the safety of a refuge. After some 6-12 months rebuilding their lives and confidence, many of the families are then relocated to a new home. To assuage the stress of starting again in an unfamiliar area, in collaboration with the Women’s Aid Federation and FedEx, KidsOut provides these children with a box of brand new toys to bring fun into their lives when they need it most.

“We receive feedback all the time about how important our Toy Box service is to the refuges and the children who receive them,” said Doherty. “Without these toys many of the children would still be left with nothing, and I am so proud that KidsOut can be a part of making their lives a little better.”

KidsOut would like to give a special thanks to all the volunteers who participated in the Trolley Dash, notably FedEx, Cottesloe School, Interr, Directline, Mishcon de Reya, Queen Mary University of London, University of East London, Tesco, Advanced Boardroom Excellence, and J. Webb Consulting. 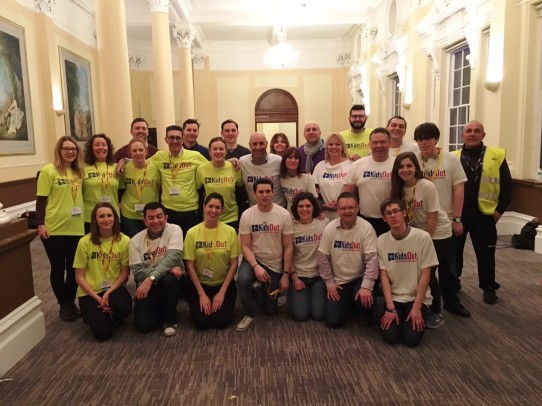