Over April and May, KidsOut arranged for more children to attend two more cookery 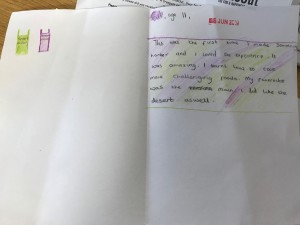 workshops hosted by our partners at Smart Raspberry, where tasty treats were on the menu!

In the first workshop, 14 children made some delicious triple cheese and onion muffins and hot cross cookies in time for Easter! During the two hour workshop the children learnt baking techniques such as creaming and beating.

In the second workshop, another 14 children learnt to make some Italian classics which included a vegetable lasagne and tiramisu! In this workshop, the children practiced their cutting skills whilst chopping up the vegetables for the lasagne, while they learnt how to whisk the cream by hand and why not to over whisk it for the tiramisu.

From the two workshops we had some great feedback, and we even had some lovely drawings sent in by the children who attended! Support staff attending the workshops told us the following: 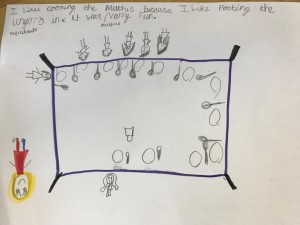 “The children once again had a positive experience. They were full of chatter on the way home about whether they were going to share or not… majority would not share! They were all looking forward to tasting the pudding despite all of them saying they didn’t like coffee. The next day one of the mum’s said she was only allowed one mouthful as her daughter wanted the pudding all for herself!”

“It is so lovely for us as workers to see the children smiling, relaxed and enjoying themselves as usually when they arrive at our refuge they are tense, watchful and often quite nervous. Two of the children have already asked if they can go again next school holidays. They both said it makes them feel grown up making their own tea!”

Thank you again to Smart Raspberry for two more wonderful workshops! The children were definitely proud of what they had produced! 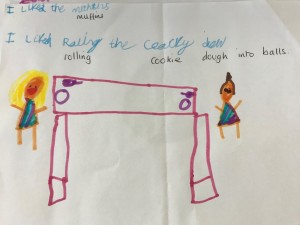