2018’s annual RetroPlay Movie, Gaming, & Comic Festival in Leighton Buzzard raised an astronomical £1,500 for KidsOut. This is the largest amount fundraised for the charity at a local community event!

This year’s event included stalls where visitors could buy merchandise form their favourite sci-fi & fantasy franchises and retro gaming products like the Nintendo 64 and the Sega Megadrive. The festival even managed to host exclusive guest signings by actors from film series such as Harry Potter, Star Wars, and Batman!

Attendees had the opportunity to see cosplayers adorning highly-detailed and screen accurate costumes of many well-known movie characters and superheroes such as the Terminator, Captain Jack Sparrow, Predator, Deadpool, Harley Quinn and many others.

There was a wide-array of dazzling props and replicas, including the DeLorean time machine from the Back to the Future franchise and some life-size Daleks! Thankfully, no exterminations were reported…

As if that was not enough, there were animal handlers that brought many incredible and unusual creatures, such as tortoises, large snakes and even an Argentinean black and white tegu lizard. This created a large buzz in the venue as all attendees gathered around to see the unique animals, and some were even able to hold and pet them.

We at Kidsout had a raffle with prizes such as large cuddly toys and even a 32-inch flat screen TV, as well as an old school hook-a-duck game for visitors to try. This was thoroughly enjoyed by the children who all were given a toy for their hard work.

KidsOut is proud to have been chosen as charity of choice for such a fantastic event and would like to thank RetroPlay for the money raised. This is a superb amount to raise and will enable KidsOut to provide even more fun activities for local disadvantaged children. Many thanks to all those involved in contributing to the event, whether they were volunteers who gave up their time to bring happiness to children on the day, helpers, exhibitors, stall holders and of course the stream of visitors who attended. It was truly an out of this world experience! 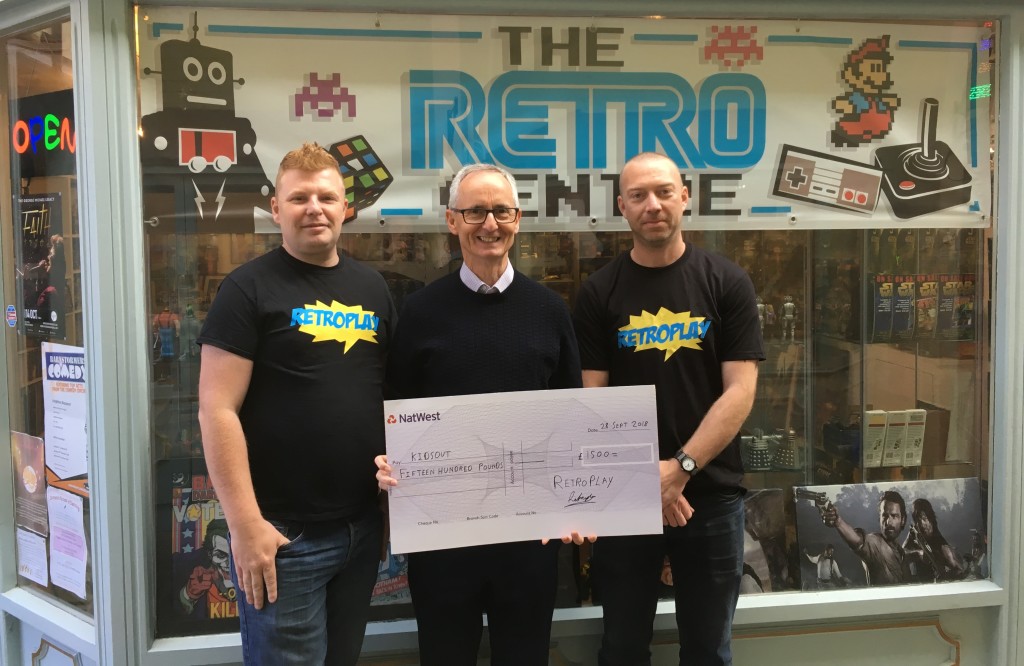