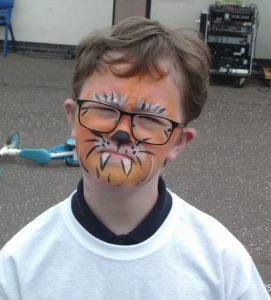 Over 140 venues participated in the day, with the largest being Drayton Manor in Tamworth. Drayton Manor have been huge supporters of KidsOut, and for the last 3 years have closed the park twice a year opening exclusively for KidsOut’s children. This year over 5,000 children visited Drayton Manor, and they all had such a fantastic day!

Some participating venues are attractions in themselves, such as Wicksteed Park, and Whipsnade Zoo, other venues, such as Kingspark School in Dundee hire in entertainers such as a one-man band, clowns, football games, face painters and films, as seen at Kingspark School. Other locations included Aldershot, and Woburn Safari park. Disadvantaged children all over the country experienced a day where their enjoyment of a day out was not defined by their disadvantage, and where they were allowed to just be children, have fun, and make memories. Read on to read some of the fantastic feedback received by KidsOut for the day! 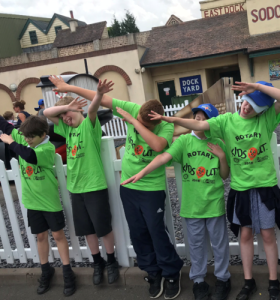 “I just want to say a big thank you to yourself and KidsOut for letting us join yourself today at Drayton Manor. Oscar had a fantastic time it was lovely to take him out and see him smile”

“On behalf of all the parents and myself we wanted to express our deep heart felt gratitude towards everyone who made yesterday happen.  We had the most amazing time of our lives.  The atmosphere was wonderful and safe compared to the usual when our defences are up so high.  Can we put our names down for next year lol!  You guys are just awesome!”

“I would like to thank you for your companies generosity to myself and Ava who are not affiliated with a local charity group that can give her the chance to join other children on the 13th of June at Drayton Manor Park .You had been the third organisation I had approached about our situation , and turned down. This was Ava’s first time going to the event and she really enjoyed it and I didn’t have to worry about her meltdowns upsetting people as I knew that all of the other people there would understand. So just to echo again, thank you for generosity that has meant a lot to one family”

“I just wanted to say a massive THANK YOU to you and everyone involved in allowing us to make a very special day for the families we support. They had a brilliant time and the smiles said it all” 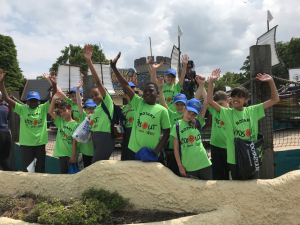 “A huge thank you for yesterday, it was an amazing experience and the children really benefited from it. It was amazing seeing children who wouldn’t have been able to access the rides on a normal day have fun being a child. We thought the whole event was really well organised and ran like a military operation so a huge thank you to all your helpers for making lots of children smile”