The Royal Air Force celebrates its first 100 years of service this year, prompting a series of commemorative celebrations throughout the country.  Over the recent sunny weekend of 21st and 22nd April, a gala celebration event was held at the Guildhall in London.  KidsOut invited children to attend the celebrations, with 257 children attending the unique, one-off Fun Day.  Children in attendance were treated to a two hour private tour of the attraction, including an incredible display of aircrafts and engines representing British aviation engineering achievements of the past 100 years. Guests were also treated to displays of an SE5a and a Sopwith Camel, from the First World War era, in addition to a Eurofighter Typhoon, which the children were even able to sit in!

This Fun Day was incredibly special and unique, and the feedback from the attendees has been absolutely fantastic. One of the mothers that attended the day told KidsOut:

“We had a wonderful day on Sunday, it was full of events. The children participated in interesting stories and they had the opportunity to look at the old planes. Thank you so much” 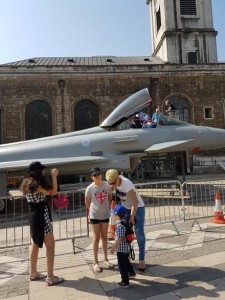 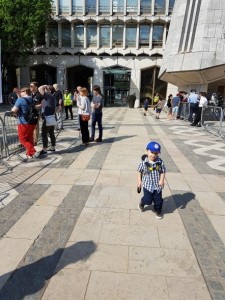 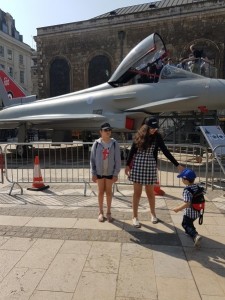 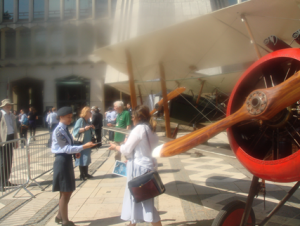