Earlier this month, KidsOut invited children to a London Marriott Hotel to see a special screening of Paddington 2, organised exclusively for children KidsOut support, by the staff at the hotel.  Many children take trips to the cinema for granted, including the snacks and drink offerings they would undoubtedly receive once at the cinema. Children living in refuge rarely have the opportunity to even visit a cinema, let alone watch a film complete with snacks and drinks, however that was exactly what was available to KidsOut’s children at this viewing of Paddington 2! Guests were treated to cookies, popcorn and drinks whilst watching the film, which was arranged during the half term holiday.

A mother living in refuge that was invited to the day told KidsOut: “Me and my son are in a very difficult situation, we had to leave the house and live in a refuge, where we arrived with one bag. A day like this organised by KidsOut really gave us a smile on our faces!”

A refuge worker that also attended the Fun Day told the charity: “The screening had a great impact in the children attending, a couple of them had never been to watch a screening before. They enjoyed the content of the movie very much, and they smiled and found it very funny. The activity had an impact on their mothers as well as they were very proud of their children behaving so well. It made them feel confident about their parenting skills.” 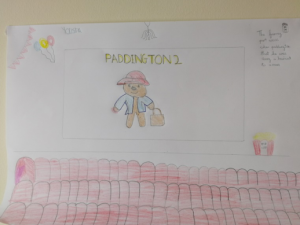 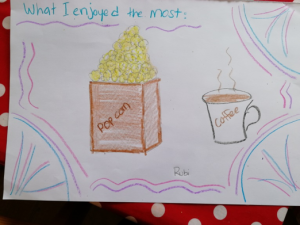