Over four weeks between January and February, KidsOut teamed up with many generous volunteers to audit and pack 1,915 Toy Boxes! The team would like to extend their gratitude to all those volunteers for their dedication and support!

The months of November to January are some of the busiest of the year for KidsOut, with the team collecting tens of thousands of toys from the charity’s Christmas appeals (e.g. Giving Tree) and the London Toy Fair. Those that are not distributed as Christmas presents are audited and packed into Toy Boxes to be distributed to children around the UK throughout the year. In 2019, 23,328 Christmas presents were delivered to children in refuges around the UK. 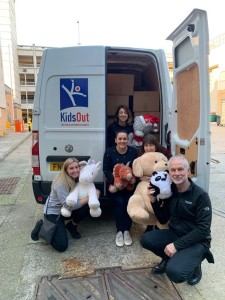 KidsOut would like to thank the following organisations and individuals for joining the team in the charity’s London Brent Cross and Luton storage spaces: Accenture, BBC, FisGlobal, Fundapps, Hasbro, Marklogic, Natwest, Nuance, RBS, SR Group, Team Benefacto, We Are Mapp, and Sarita Bingeman. Many of these volunteers took time out of their busy working routines to take part in Corporate Social Responsibility (CSR) days, which involved scanning, auditing, categorising, and packing boxes. The enthusiasm they brought with them was brilliant and really gave energy to the whole team working on the day!

The KidsOut team would also like to thank Chris Barnes, General Manager at Brent Cross, who kindly let the charity use space within the shopping centre to store and audit toys. The team is very grateful for your support!

The toys audited and packed will be distributed to disadvantaged children via the KidsOut Toy Box service. Toy Box ensures that children who are rehomed after spending time in a Women’s Aid refuge receive a brand new box of toys to call their own. These children are often relocated with very little possessions to an area away from family and friends, with the Toy Box providing a sense of normality and happiness in their lives. The support from volunteers has ensured KidsOut will be able to distribute even more Toy Boxes and bring some fun and happiness to children who need it most.

If anyone would be interested in finding out how they can be involved in KidsOut Toy Box Packing projects later in the year, please email sandra.doherty@kidsout.org.uk 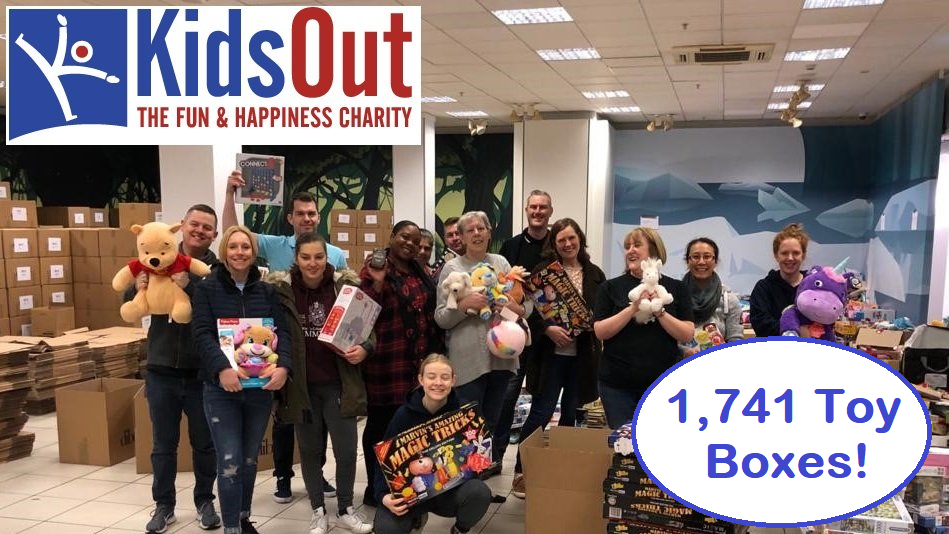