With more strains upon the refuge system, many children and their mothers are being relocated to safe houses or outreach and not benefitting from KidsOut’s services. Women’s Aid reports that on an average day in 2017, 94 women and 90 children were turned away from refuge. 60% of all referrals to refuges were declined in 2016-17, normally due to a lack of available space.  KidsOut’s new Safe House Toy Box Service is designed to support these children in safe houses, with the project being officially launched earlier this year.

Each Toy Box is filled with age and gender appropriate toys, with items being selected on their ability to develop mental resilience, positive social behaviours, and interpersonal and educational skills. Throughout July, the charity distributed the boxes to refuges across the UK, who passed them onto children in safe houses who the charity may not have previously been reaching.

From the outset of the project, KidsOut have been lucky enough to be supported by FedEx, who have very generously delivered all of the Toy Boxes to the charity’s partner refuges.

The feedback received from KidsOut’s partner groups demonstrates the real impact the Toy Box service has on those living in safe houses. One mother told the team how “There were a lot more toys than I had expected. It was literally quite overwhelming as a mother to receive such a lovely gift for my children.” A support worker was keen to express their gratitude, saying “thank you so much for sending us the toys, I must say your generosity exceeded our expectations!”

The KidsOut team were also lucky to receive some hand-drawn feedback from a child who loved their Toy Box! 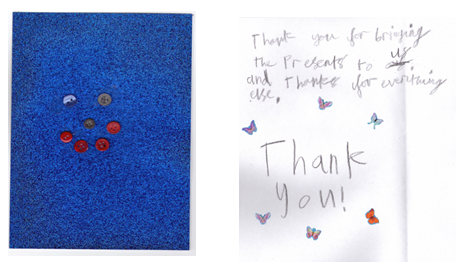 The Safe House Project has been extremely successful, and KidsOut especially want to thank FedEx for their support and generosity. The new project is really helping to bring Fun and Happiness into the lives of some of the UK’s most disadvantaged children!