KidsOut Supports the Opening of New Sensory Garden in Penarth! 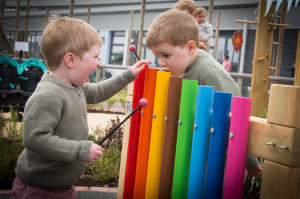 school in Penarth. Pupils at Ysgol Y Deri now have a new space to play and learn, after the official opening of the garden by Paralympian sprinter, Rhys Jones.

Alongside KidsOut, the garden was created by a collaboration of groups and organisations, including staff and contractors from housebuilders Barratt Homes and David Wilson Homes.

The custom design incorporates traditional elements of earth, wind, fire, and air, and has been purpose-built for the school. KidsOut has been providing sensory rooms for disadvantaged children since 2007 and for this project contributed the garden’s musical instruments, including bongos, wind chimes, and a bubble mirror.

Ysgol Y Deri supports a diverse range of pupils with specialist needs from ages three to 19.

Rhys Jones said: “It’s absolutely phenomenal. Having this facility for all ages and abilities is something that I wish I had when I was younger […] what they’re doing is outstanding.” 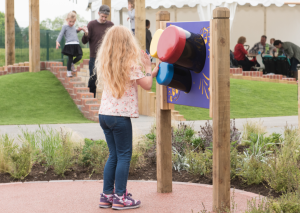 Gordon Moulds CBE DL, KidsOut CEO, said: “KidsOut were thrilled to be asked to contribute to such an exciting project. Fun and happiness are at the heart of what we do, so to be able help bring it to the pupils of Ysgol Y Deri was very special indeed. The garden looks fantastic and the whole KidsOut team hopes it is enjoyed for many years to come!”

Caroline Williams, headteacher of primary at Ysgol Y Deri, said: “The dedication and hard work of all the volunteers was incredible under difficult conditions, with lots of clay and concrete to dig through. The space was sad and neglected before and now is interesting, welcoming and inviting; truly a space for all our learners to explore their senses. The pupils loved exploring it for the first time on Saturday during the official opening.

“We can’t thank the teams enough who have brought this project together; Barratt David Homes and their volunteers for the financial support and labour, Dunn Landscapes who managed the work daily, Pam Creed for her design and Pugh’s Garden centre for the donation of the plants, as well as KidsOut for the donation of the musical instruments.”

Barratt Homes and David Wilson Homes managing director Steve Williams said: “Everyone at Barratt gets a day off to volunteer for a charity. So we looked for a project that we could all do together to really make a difference. From the company 63 people volunteered to work on the project. It’s fair to say we all got a lot out of it. It really warms our hearts to see what we’ve been able to do in four weeks.”

Blisse Mellons, 9, and her mother Laura were already using the gardens. “She likes this one a lot. She likes to scratch stuff,” said Mrs Mellons. “It’s good for the wheelchairs and it’s a great height. It’s her new favourite place to play.” 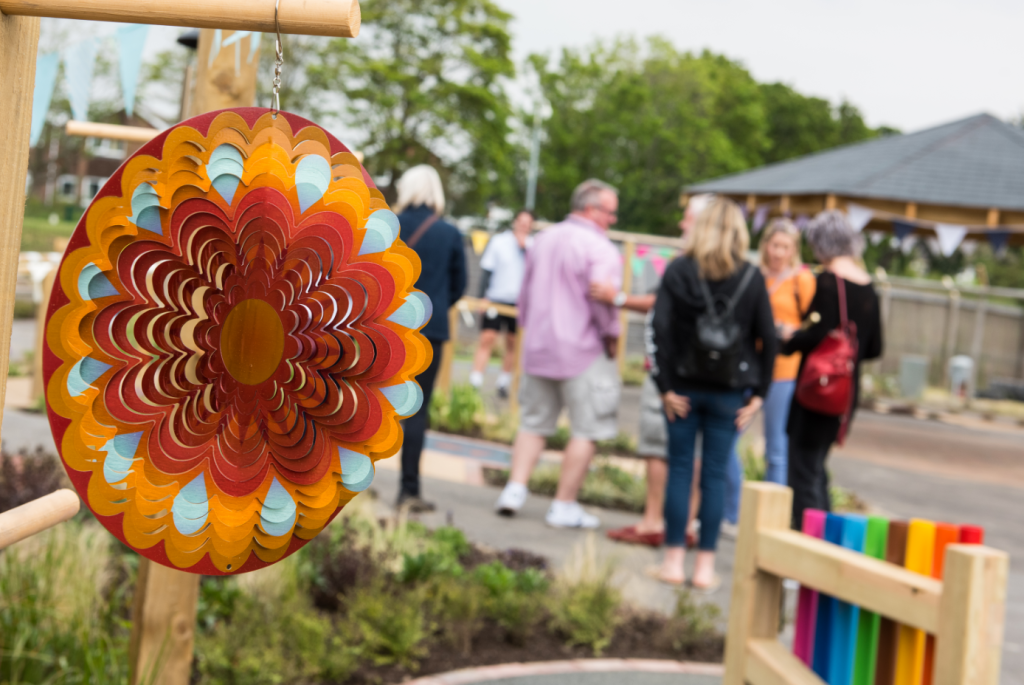