On Thursday 7thJune 2018, guests descended upon the Nine Kings Suite of the 5* Royal Lancaster Hotel, London, once more for the annual KidsOut Summer Ball, where over £111,000 was raised to bring fun and happiness to the lives of disadvantaged children all over the UK! 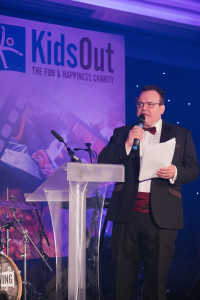 Over 400 business men and women attended the prestigious event, which was hosted by comedian and actor Shaun Williamson, with Mark Head acting as auctioneer later in the evening, and guest appearances from West End Kids and the Electric Swing Circus.

KidsOut Chairman Helen Pitcher OBE delivered a fantastic speech about KidsOut and the services the charity offer. She was also joined on stage by Pavita Cooper, chairman of the KidsOut Ball committee. A worker from a local refuge also took to the stage to share some stories and statistics about domestic violence in the UK, stories of women the refuge has helped, and reports of how charities such as KidsOut can help children to recover from such traumatic times and events. This lead into the pledge section of the evening, where guests donate just £20 to take a child on a Fun Day, or to help to provide a Toy Box for a child that has been relocated from refuge. 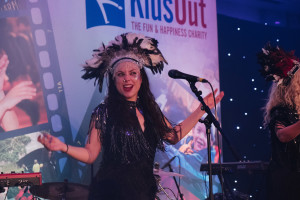 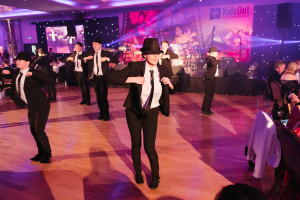 The evening featured a multitude of different musical performances throughout. During the meal, Tim Cronin provided some mellow background music. The West End Kids also made an appearance, and performed a selection of songs from the timeless classic Bugsy Malone, fitting perfectly with the evening’s 1920s theme. After dinner entertainment and dancing music was provided by quirky electroswing band, the Electric Swing Circus. The band take swing-styled music from the 1920s-1940s and provide a modern pop-twist on the genre, creating a dance atmosphere that suited the theme of the evening perfectly with a unique modern twist. The music was loved by all of the attendees, and everybody went home with big smiles on their faces having raised over £111,000 for KidsOut. 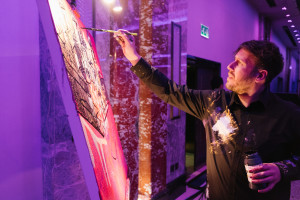 The Main Auction featured ‘money can’t buy’ items such as a week in the Seychelles, a unique live painting by artist Ben Moseley, and other fantastic prizes featured in the silent auction such as lunch with John Sergeant, a signed Arsenal team photo, a Gin making course and many more! 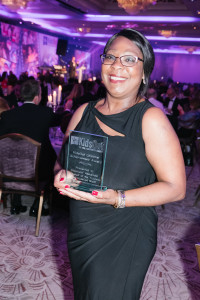 KidsOut would like to extend their heartfelt thanks to all of the Summer Ball committee – the event simply wouldn’t be possible without the help and support of the committee members who freely give up their time to support the event and ask for nothing in return. Thank you.

Keep your eyes on the Summer Ball website page to find out when and how you can book your tables for next year’s event!