Throughout November, the KidsOut team were busy allocating thousands of pantomime tickets to groups up and down the UK. The charity secured over 2,500 tickets for Elf: A Christmas Spectacular in Wembley, Liverpool, and Glasgowal, 800 tickets to see Grandpa’s Great Escape in Birmingham, and over 250 tickets to see Dr. Seuss’ How the Grinch Stole Christmas in Cardiff!

KidsOut have received some lovely feedback from those who attended the pantomimes, with one support worker telling the team that “one mother told me they all loved the experience. The children were able to travel on the train which in itself is a rare treat for them, and they said the panto was fantastic, really musical and interactive and they all loved it. The children had never been to a live performance before and mother said they all had a great time. They had a tough year and it was a good treat for them to enjoy themselves for a day”.

Another added that “I took two young girls, and their mum. The girls were so excited they were jumping up and down in their seats – a fantastic experience! Thanks so much!”

The response from the  children attending the shows was equally positive, demonstrating the importance of such trips.

One child told the team “It was amazing, it couldn’t have been any better it was a really good show”, with a young carer adding “seeing other children in the same situation as us makes it easier for us as we now understand we aren’t the only ones in this position”.

Some children even drew the team some pictures to show their appreciation!

KidsOut would like to extend big thank you to Jon Conway Productions for their generosity over the festive season. A special thanks is also needed for the Lady Ryder of Warsaw Memorial Trust for their generous grant which helped to fund 125 of these Fun Days at Wembley. Stay tuned to the KidsOut news page for more stories of fun and happiness over the 2019 festive period! 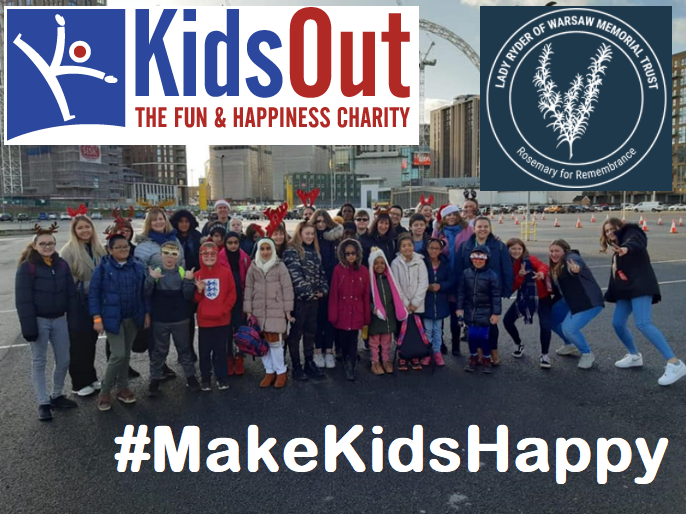