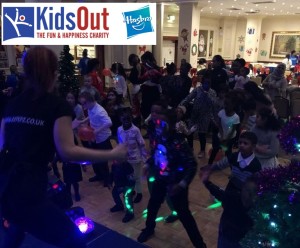 The evening included a DJ, party games, face painting, and even a visit from Santa! Every child was given a gift to take away with them along with other treats and goodies.

KidsOut received some excellent feedback from the event. One support worker told the team that “The children enjoyed the fun games, dancing, food, meeting Santa, and the gifts. They loved exchanging greetings/messages with Santa, asking for wishes to recover health issues of family members.”

One mum that attended said “lots of thanks to the entire KidsOut and Hasbro team and Merry Christmas!”

The KidsOut representative who attended on the day said “This is the fourth year of the annual Christmas Party which forms part of Hasbro’s Global Day of Joy, and it really was just that. The attention to detail for every aspect of the party was second to none; the goody bags, entertainment, games, costumes, elves, Father Christmas, and the presents. For these families who are living in traumatic circumstances, the party provides an opportunity to forget their troubles and to have fun in a safe and warm environment.” 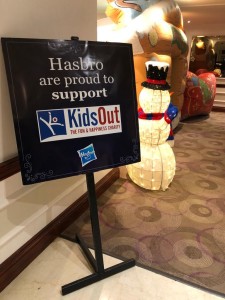 A massive heartfelt thank you to Hasbro for yet another amazing party! The KidsOut team really appreciate the continued kindness and support given and look forward to future collaborations. 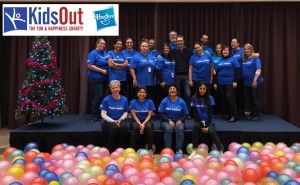