The Trolley Dash sees volunteers pass through the Toy Fair aisles collecting donations from exhibitors. Taking place in the fair’s last half hour, the Trolley Dash is an annual tradition passing extra stock and displays on to disadvantaged children. Toys and furniture donated to KidsOut in the Trolley Dash go to local refuges and children who have experienced domestic abuse through Toy Box.

To read about KidsOut’s success at the Toy Fair in January 2017, please click here.

If you would like your company to volunteer next year or help out with logistics, call us on 01525 243 215 or email us directly at events@kidsout.org.uk. 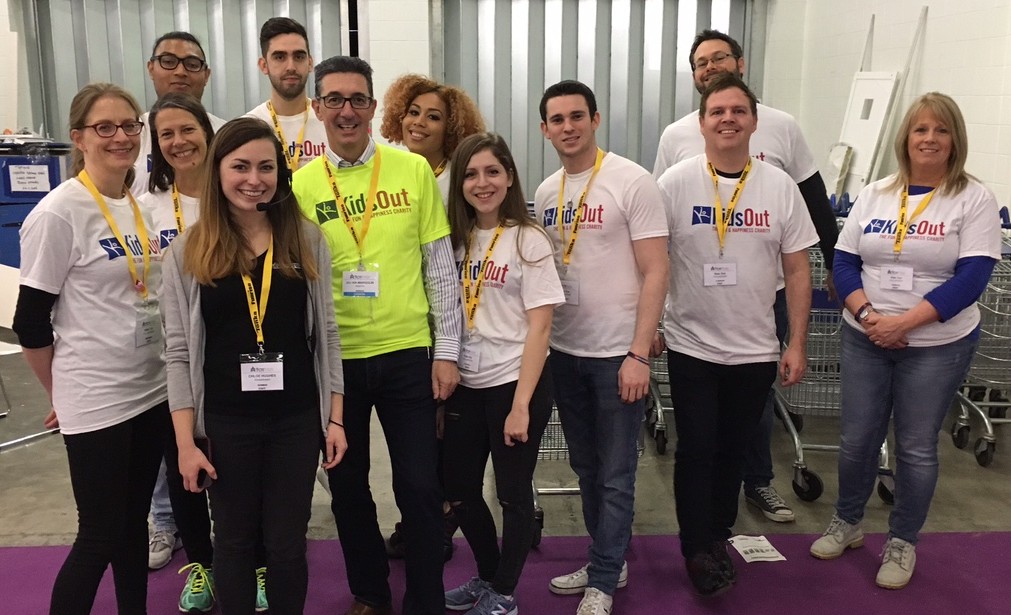 See the volunteers from 2016 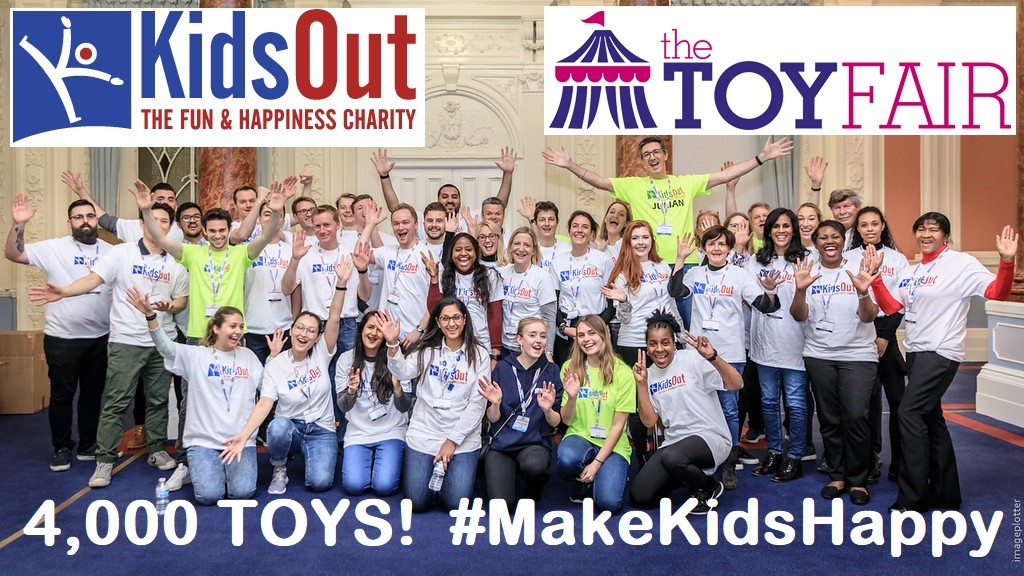 Click here for the Toy Fair 2020 gallery! KidsOut were delighted to have been selected as the London Toy Fair‘s official charity partner in January 2020 for the fifth consecutive year! The three-day event was a great success, with KidsOut having its own stand to promote the charity’s vital work, and the annual “Trolley Dash” collecting over 4,000 … END_OF_DOCUMENT_TOKEN_TO_BE_REPLACED 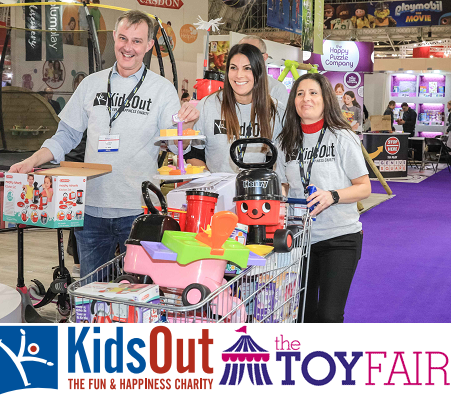 The British Toy and Hobby Association has announced today, 5th November 2019, that Toy Fair 2020’s official charity partner will be the children’s charity, KidsOut. KidsOut works with Women’s Aid Federation refuges across the UK. The charity provides support, organises positive experiences, and gives toys to vulnerable children who have escaped domestic abuse. For the … END_OF_DOCUMENT_TOKEN_TO_BE_REPLACED

Over the Christmas period KidsOut received in the region of 45,000 toys (this includes the Giving Tree, Toy Fair, and other Christmas donations). Throughout January to March, the KidsOut team and many willing and generous volunteers audited the entirety of these donations across our two storage sites in Milton Keynes and Birmingham. The team would like to … END_OF_DOCUMENT_TOKEN_TO_BE_REPLACED

READ MORE
See what else is going on at KidsOut!