The first festive event of the week was held at KidZania in Westfield’s, Shepherds Bush on Monday 11th December. KidsOut and KidZania invited children from refuges, special schools, and other charity partners in the surrounding area to attend this exclusive private event for Christmas.

The children got four hours free access into the venue where they could take on multiple roles for the day including becoming a pilot, fireman, hairdresser etc and earn their own KidZania money (kidZos) at the same time. KidZania also provided lunch for the children and adults that attended. We had some great feedback:

“This trip was amazing. As a special needs charity school we struggle to take our students on trips like Kidzania. My students in particular have emotional and behavioural needs, and it was wonderful for them to go out and be welcomed by everyone.  Staff went above and beyond to try and communicate with our students and it was so lovely for our students to feel part of the experience. For my staff and myself it was the most stress free trip we have been on and our students responded positively to the whole experience. The city was quiet and calm and the children felt part of it all”.

On the way back to school one child described it as “the best day of his life”.

We are really grateful to our charity partner KidZania for their continued support this year. It is clear the children have such an enjoyable time when they attend and for that we are most appreciative! We look forward to working with you in the New Year!

During the same week, one of our other charity partners Hasbro organised a wonderful 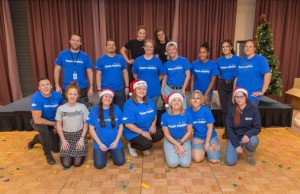 Christmas Party at the Heathrow Thistle Hotel on Thursday 13th December. Around 100 children and their parents/ carers attended the party where there was a DJ, party games, face painting, and a visit from Santa where he brought every child a present.

We had some humbling responses back after the event:

“The children enjoyed the fun games, dancing, food, meeting Santa, and the gifts. They loved exchanging greetings/ messages with Santa, asking for wishes to recover health issues of family members” 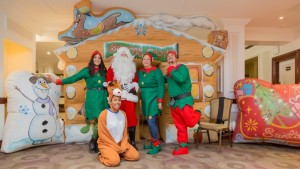 Our KidsOut representative who attended on the day said: “This is the fourth year of the annual Christmas Party which forms part of Hasbro’s Global Day of Joy, and it really was just that. The attention to detail for every aspect of the party was second to none; the goody bags, entertainment, games, costumes, elves, Father Christmas, and the presents. For these families who are living in traumatic circumstances, the party provides an opportunity to forget their troubles and to have fun in a safe and warm environment.”

A massive heartfelt thank you to Hasbro for yet another amazing party! We really appreciate your continued kindness and support and we look forward to working with you in 2019! 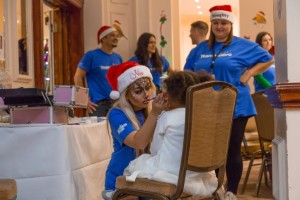 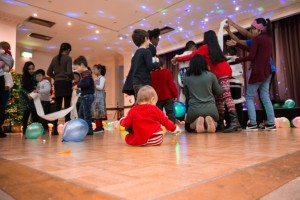 Theatre on Monday 17th December. Around 80 children and 40 adults attended the event, where there was entertainment from Captain Fantastic, a visit from Santa with presents for the children, and also a buffet.

We had some heart-warming feedback from one family that attended:

“We have just returned home from your wonderful Christmas party at the Grove. Honestly, it is one of the highlights of the year for our kids. They are four very emotionally fragile children who have problems communicating with the outside world because of their own and their siblings’ Autism. Being able to attend the events you organise is brilliant for us, and gives us all some respite and encouragement. We really just wanted to say a massive thank you!” 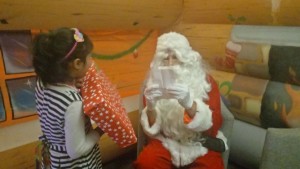 Throughout November, KidsOut were busy allocating thousands of pantomime tickets to the groups we work with up and down the UK. This year the Pantomime was Elf: A Christmas Spectacular and we were lucky enough to secure over 2,500 tickets for shows in Birmingham, Nottingham and Cardiff between the 14th and 30th December.

Said to be the best touring pantomimes around, we have had some feedback from one group that attended in Cardiff saying “We loved all of it, the atmosphere was amazing and the smiles on the children’s faces were brilliant!”

Thanks so much to Jon Conway Productions for your generosity over this festive season, we’ve certainly brought fun and happiness to many children! 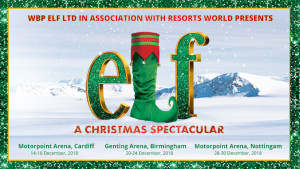 It’s been a very busy but brilliant few weeks at KidsOut. We’ve helped make memories the children can look back on, but we’ve also got things planned for the children to look forward to in the New Year. Thank you to all our charity partners who have helped make this festive season very special. Keep an eye out for lots of exciting things happening in 2019, and a very Merry Christmas and a Happy New Year to you all!