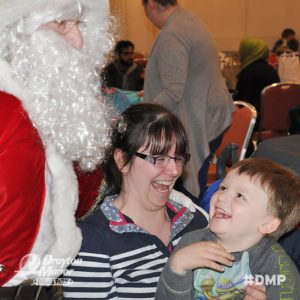 Tuesday 6th December saw 1,750 children and over 900 adults visit Drayton Manor Theme Park, as part of KidsOut’s second annual Big Day Out. Now in its second year, the KidsOut Festive Fun Day will take place every year on the first Tuesday in December. Designed to be a second day out for children six months after the long established National Rotary KidsOut Day, which happens on the second Wednesday of June each year, and now in its 26th year.

Drayton Manor granted exclusive access for KidsOut, with 1,750 children from refuges, special schools and other groups and charities in the surrounding area visiting on this magical day. Children met Father Christmas and experienced snow at Thomas Land.

“This is the first time we have done anything like this since our daughter stared having treatment 12 months ago” said one mum referred by PASIC (Parents Association for Seriously Ill Children). “It’s been a really lovely day, thank you KidsOut.”

Founded by George and Vera Bryan in 1949, Drayton Manor Theme Park is one of the originating sites for KidsOut’s National Rotary KidsOut Day and is still managed by their son Colin. Before passing away in 2013, George Bryan identified involvement in KidsOut as one of his proudest achievements, and Colin is following in his parents’ footsteps. KidsOut has also been appointed Drayton’s main charity partner for 2017.

“It’s so wonderful to see the children enjoying themselves.” said Colin. “This is what we do and what it’s all about. This is the 25th year Drayton has supported KidsOut and the cause really touches my heart.” 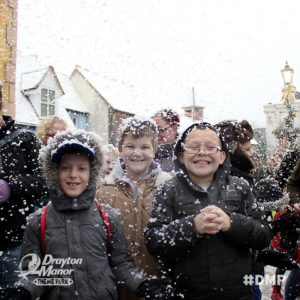 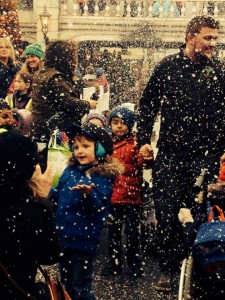 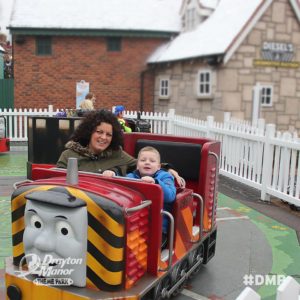 Days like this are only possible thanks to the support of Rotary International in Great Britain and Ireland. Brian Reilly has been part of Aldridge Rotary Club for 12 years, and this is his third year of helping at KidsOut days at Drayton. “Rotary are so grateful to Drayton Manor for supporting this event, specifically for those who otherwise wouldn’t be able to come here. It’s such an uplifting spectacle to see at this time of year.”

Lots of positive feedback has already come in from mums and schools who visited the park. KidsOut is aiming for next year’s Festive Fun Day to be even bigger. KidsOut CEO Gordon Moulds says, “The most important thing for a child in refuge is to have a happy memory to look back on, and to have something to look forward to. One day a year is not enough, we desperately need to expand the support we are offering these children. Thanks to the Bryan family, KidsOut has been able to start that work at Drayton Manor.”