Drayton Manor strengthens commitment to KidsOut as it turns 65 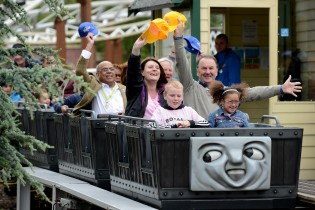 “I don’t think I’ll ever forget the family that sat quietly in the corner at that table in the Christmas Decorated Banqueting Suite waiting to see Santa and said ‘we’ve been living on the street for six months and this is the first time we’ve been able to do anything for the kids,’” said Colin Bryan, Chairman and CEO of Drayton Manor Theme Park. “It was a father, mother and two boys, and it brought a shiver up my spine.”

Approaching the close of its 65th anniversary year, Drayton Manor Theme Park is celebrating a record-breaking season in 2015 and preparing to welcome the park’s 50 millionth customer as it reopens in 2016. The fifth largest theme park in the country and home to Europe’s only Thomas Land™, Drayton Manor has flourished in its 65 years of existence as has its commitment to KidsOut.

Founded by George and Vera Bryan in 1949, Drayton Manor Theme Park is one of the originating sites for KidsOut’s Rotary Big Day Out and is still managed by their son Colin. “From what I can remember, in 1990 the Rotary club said they had got involved in a day out for disadvantaged children and wanted us to participate,” said Colin. “It was only about 180 kids the first year, and now we’re up to over 5,000.”

Throughout these years the Bryan family has maintained a strong connection with the charity and has been instrumental in its growth and success. Following in his parents’ footsteps, Colin Bryan is a patron of KidsOut, and his son, William Bryan, is third generation Managing Director of the park and sits on the charity’s Birmingham Question of Sport Committee.  “I think there is a synergy between KidsOut and what we do here at Drayton Manor,” said Colin. “We’ve always had special rates for children with a disability or other issues, and even back in the 1950s we would have a special day for people with disabilities to come.”

Before passing away in 2013, George Bryan identified involvement in KidsOut as one of his proudest achievements. “The Big Day Out was his little party for the children,” said Colin. “Some of them are so helpless, they don’t have any chance. My father was very much in favour of giving them this fun day out, and I’m so glad that I’ve been able to carry it on with help from everyone here.”

In 2013, Drayton Manor Theme Park expanded its involvement with KidsOut to the Christmas season, gifting the first Tuesday in December exclusively to KidsOut and children living with disadvantages. KidsOut has returned each year since, increasing numbers from 500 the first year to over 1,600 children in 2015, many of whose families otherwise would not have had the means to celebrate Christmas. “I just think that seeing Father Christmas is so special, and Thomas’s Magical Christmas is something totally different,” said Colin.

KidsOut CEO Gordon Moulds hopes to expand the new annual day out even further to more disadvantaged children. “We’re concentrating a lot on providing these opportunities to children living in refuge, many of whom we know don’t get a Christmas,” said Moulds. “The most important thing for a child in refuge is to have a happy memory to look back on, and to have something to look forward to. One day a year is not enough, we desperately need to expand the support we are offering these children. Thanks to the Bryan family, KidsOut has been able to start that work at Drayton Manor.”

“I’ve got nearly 1,000 staff here and I think nearly all of them would come in on the Big Day Out for nothing if we needed it, just to see the happy faces of the children” said Colin. “It’s so special for the kids, and we just want them to have a lovely day out.” 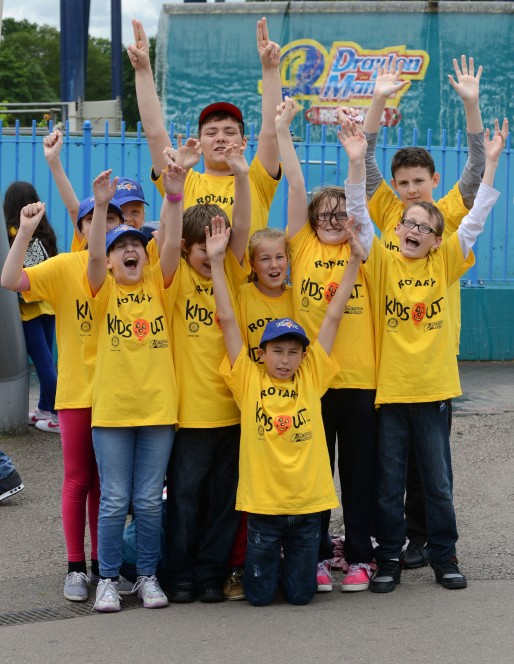