‘Our pupils always look forward to their KidsOut day with the Rotarians,’ said Helen Ball, headteacher at St. Anthony’s School. ‘The smile on the picture which was chosen represents the genuine smiles that are on the pupils’ faces both before and after their trip.’

Following almost a month of voting on Facebook, an entry from St. Anthony’s School in Chichester won the KidsOut 25th anniversary Day Out picture competition. Having received submissions during the summer, the KidsOut team posted the pictures on Facebook for voting. The top five entries with the most likes were then shortlisted, with the winner selected by Rotary International in Great Britain & Ireland Day Out coordinator Don Carsley and awarded £200 towards one of their school projects. Impressed by its creativity, Carsley expressed interest in publishing the picture in the national Rotary newsletter.

Reflecting the children’s experience on the KidsOut 25th anniversary big Day Out, the winning picture showed photographs of St. Anthony’s School pupils at Paultons Family Theme Park. ‘[The day out] is always a very special experience for them,’ said Ball. ‘We were thrilled to have our picture chosen.’

St. Anthony’s School has committed to put the £200 prize towards enrichment programs for students in their primary department.

KidsOut would like to thank everyone who participated in the competition, whether through submitting a picture or voting, as well as Rotary International in Great Britain & Ireland. More than 26,000 disadvantaged children attended the KidsOut 25th anniversary big Day Out in June, the charity’s largest number yet. 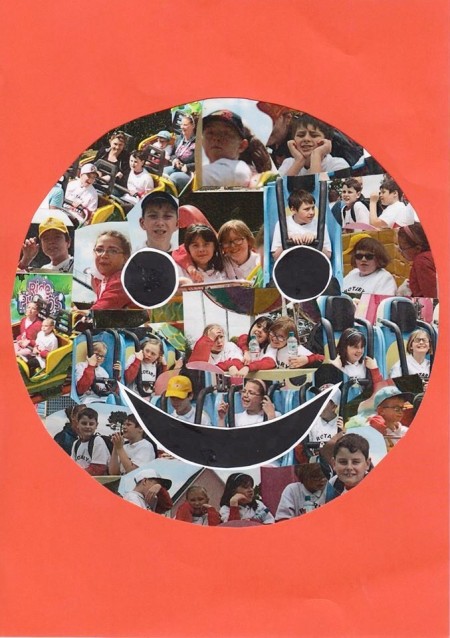