The 2019 KidsOut Colour Dash was another huge success, raising over £8,000 towards KidsOut’s 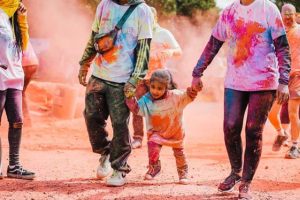 work and providing a Fun Day out for 600 disadvantaged children! On Sunday 16th June over 1,000 people arrived at Drayton Manor theme park to take part in the charity fun run. The aim: end up as colourful as possible while raising money for KidsOut!

The Dash itself took participants on a course that followed a route around the grounds of Drayton Manor Theme Park.  At strategic points along the route there were colour stations, where KidsOut volunteers stood primed and ready to cover the runners in 100% non-toxic powder paint! Every Colour Dasher received a white KidsOut t-shirt that definitely did not stay white for long! Every participant completing the race was awarded for their colourful efforts with an exclusive KidsOut Colour Dash medal, while every attendee who raised over £10 was given the opportunity to gain FREE access to the Theme Park! 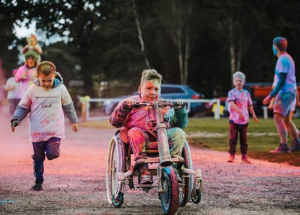 Aside from acting as fundraiser, the Colour Dash provided a Fun Day out for some of the most disadvantaged children in the local area. KidsOut’s Children’s Services team allocated over 600 places to refuges and families supported by the charity. The feedback from some of these families and groups was wonderful. One mother told the team how much it meant to “be part of an event that would not have been possible without KidsOut’s support. We watched our daughter achieve something that made her very proud. Thank you. We joined in with event to show support for invisible disability and today we have made new friends!”

Another was keen to say they had an “absolutely brilliant day with the family! I would have found it very difficult to be able to afford or experience a day at Drayton Manor.”

A child reported that the Colour Dash was “the best day of my life! I have never had so much fun.  I look like a paint brush with all the colour in my hair!” 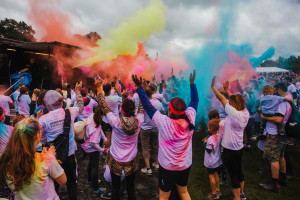 work in assisting the fundraising team to put the event together and coordinate on the day.  Huge thanks also go to the team at Drayton Manor for use of their camp site and venue. Thank you so much to all of the fantastic volunteers made up of friends, family, supporters, and members of local Lion Clubs. Without your fantastic help on the day the event would not have been possible.  Finally, the event could not have gone ahead without the support of the charity’s amazing main sponsors, REED Recruitment, the Abbey Hotel and the Lea Marston Hotel. 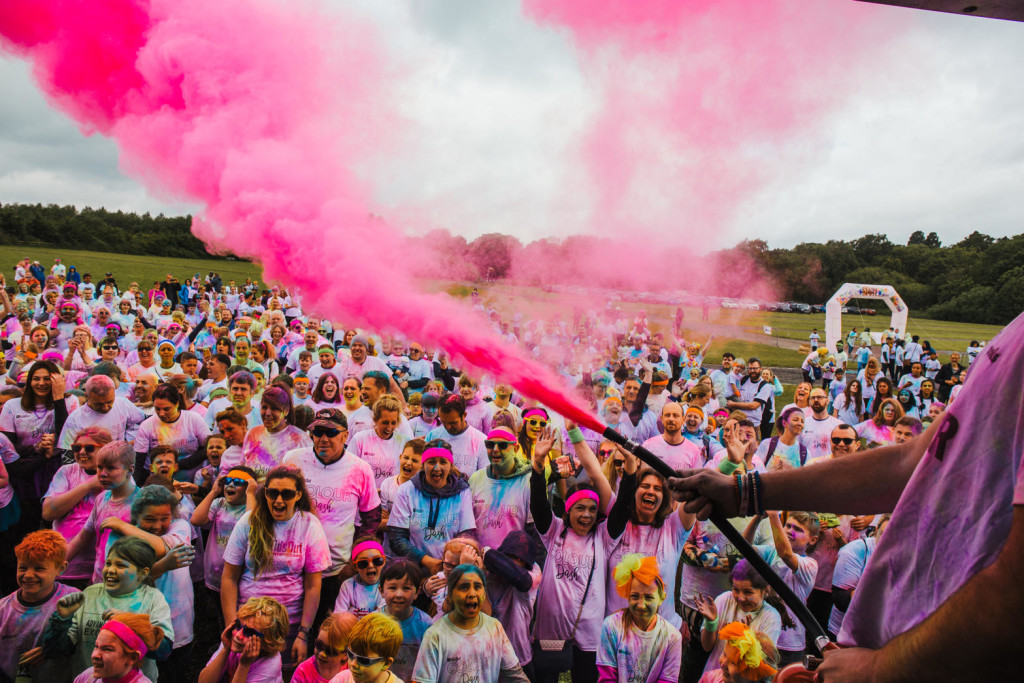