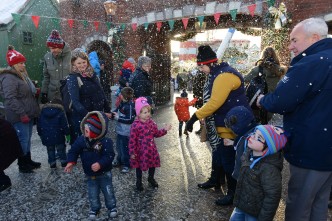 KidsOut’s Christmas 2015 kicks off this weekend with the Leighton Buzzard Christmas festival leading in to our first week of children’s Christmas parties. With no less than five parties planned across the country and our Giving Tree 2015 campaign leaping from strength to strength, KidsOut is bringing Christmas to more disadvantaged children than ever before.

The festivities began Friday the 27th of November with the KidsOut Santa’s Grotto and with the annual KidsOut Santa Dash the next day. Expected to attract some 200 participants, the Santa Dash takes runners on a 2.5-mile circuit of Leighton Buzzard and returns them to the KidsOut office for refreshments.

Following the weekend activities, KidsOut will host its first Christmas parties of the year, including a giant celebration at Drayton Manor Theme Park. With some 1,500 children expected to attend, the party will be one of KidsOut’s biggest and some of the children’s very first.

In the weeks to follow, KidsOut will host parties in both London and Birmingham through the support of companies such as Hasbro, Mishcon de Reya and Holiday Inn. “We are so excited to work with these great organisations,” said Sandra Doherty, KidsOut Head of Children’s Services. “In donating these parties they have given something to these children that money cannot buy.”

As Christmas comes closer and the parties are in full swing, KidsOut will also start collecting toys from its many Giving Tree 2015 supporters to give to children in refuge during the holiday period.

“Christmas is an important time for all children, but it can be especially meaningful for those in difficult circumstances,” said KidsOut CEO Gordon Moulds. “At KidsOut we want all children to feel valued and a sense of excitement for the holidays, especially those living in refuge.” 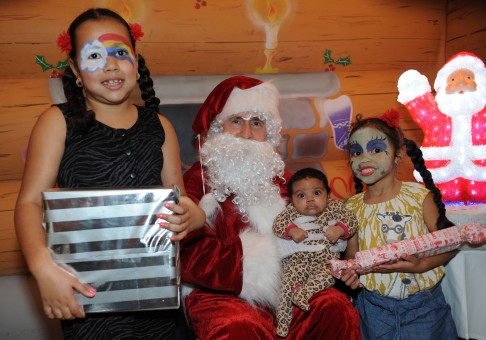