KidsOut were thrilled to receive an amazing donation of 1,200 boxes of toys from Hasbro 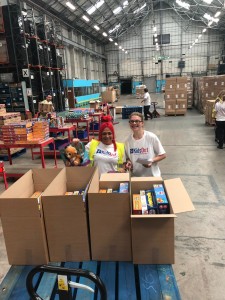 for the charity’s Toy Box service. With an average of 10 toys per box, around 12,000 toys were packed and donated in total!

Over the last five years KidsOut has received incredible support from Hasbro, with the partnership culminating every year in a mass Toy Box packing day. This year 1,200 Toy Boxes were donated and packed in the Newport facility by generous Hasbro staff members. Julian has reported back that all involved had a great time, with a Hasbro representative saying the following about the day:

“Hasbro are delighted to continue to support KidsOut and the whole warehouse had fantastic fun making Toy Boxes!”

KidsOut provides a brand new box of toys to every child relocated to a new home after leaving a Women’s Aid refuge. Each Toy Box is both age and gender appropriate, filled with a family game, jigsaw puzzle, craft activity, action figure/doll, books and a cuddly toy. Receiving the Toy Box can help children regain a sense of normality, make the world seem a little kinder, and give them a reason to invite other children over to play.

KidsOut managed to distribute a record figure of over 3,300 toy boxes in the last financial year, something that could not have been reached without the ongoing support of Hasbro.

KidsOut would like to say a big thank you to all the Hasbro team members that participated, with a special thanks going to Sarah Smith and Helen Dunlop who selflessly organised the entire event. 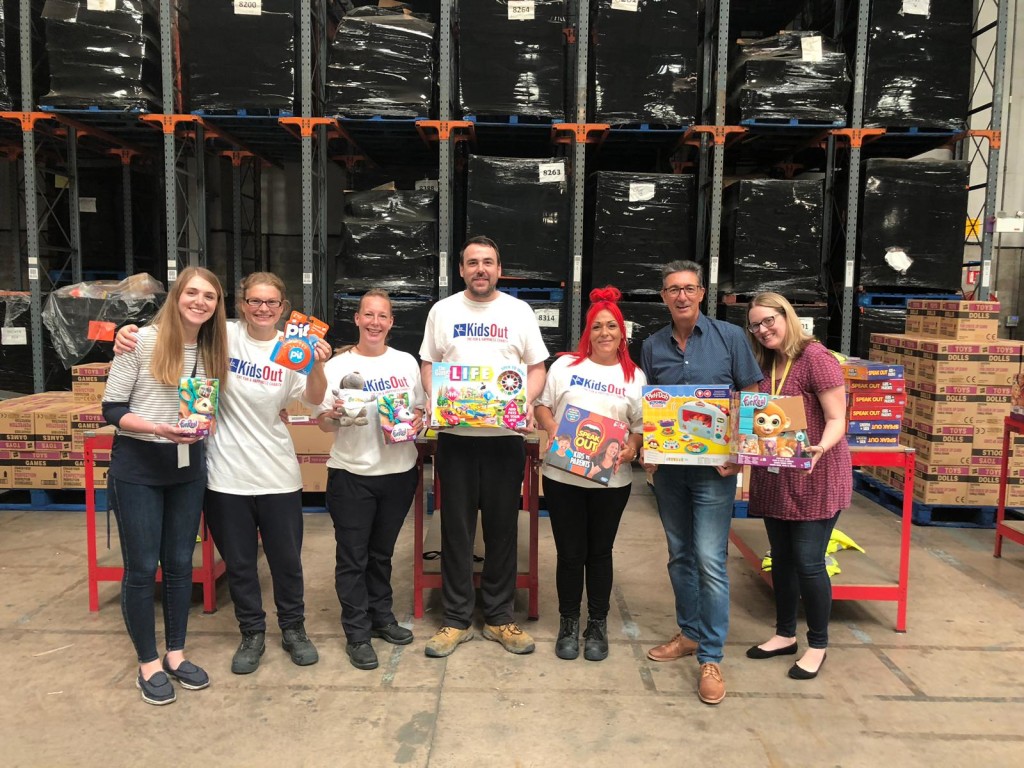